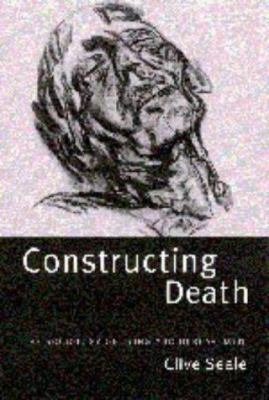 Book Description: An introduction to the sociological study of death, dying and bereavement. 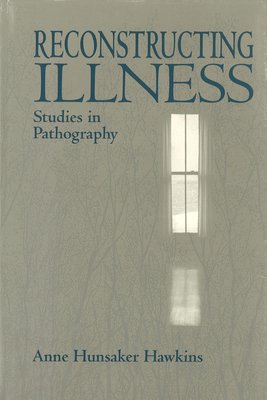 Book Description: Serious illness and mortality, those most universal, unavoidable, and frightening of human experiences, are the focus of this pioneering study which has been hailed as a telling and provocative commentary on our times. As modern medicine has become more scientific and dispassionate, a new literary genre has emerged: pathography, the personal narrative concerning illness, treatment, and sometimes death. Hawkins's sensitive reading of numerous pathographies highlights the assumptions, attitudes, and myths that people bring to the medical encounter. One factor emerges again and again in these case studies: the tendency in contemporary medical practice to focus primarily not on the needs of the individual who is sick but on the condition that we call disease. Pathography allows the individual person a voice - one that asserts the importance of the experiential side of illness, and thus restores the feeling, thinking, experiencing human being to the center of the medical enterprise. Recommended for medical practitioners, the clergy, caregivers, students of popular culture, and the general reader, Reconstructing Illness demonstrates that only when we hear both the doctor's and the patient's voice will we have a medicine that is truly human. 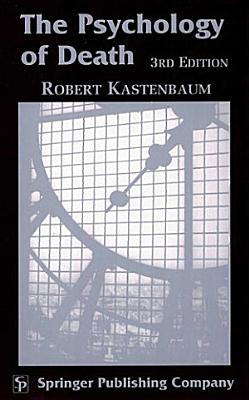 Book Description: In this extensively updated and revised edition, Dr. Kastenbaum continues to examine and expand upon issues of dying and the ways in which we shape and reshape our conceptions of death. New to the Third Edition are chapters on how we construct death; Death in adolescence and adulthood including discussion on suicide, physician assisted death and Regret Theory and Denial; new approaches to the role of death anxiety, Terror Management Theory, and Edge Theory, and much more. A major contribution to the literature -- this book is must reading for professionals and students of psychology, thanatology, gerontology, social work, and those working in hospice care. 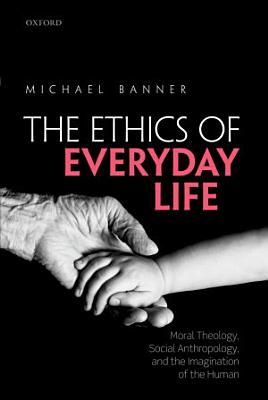 Book Description: The moments in Christ's human life noted in the creeds (his conception, birth, suffering, death, and burial) are events which would likely appear in a syllabus for a course in social anthropology, for they are of special interest and concern in human life, and also sites of contention and controversy, where what it is to be human is discovered, constructed, and contested. In other words, these are the occasions for profound and continuing questioning regarding the meaning of human life, as controversies to do with IVF, abortion, euthanasia, and the use of bodies or body parts post mortem plainly indicate. Thus the following questions arise, how do the instances in Christ's life represent human life, and how do these representations relate to present day cultural norms, expectations, and newly emerging modes of relationship, themselves shaping and framing human life? How does the Christian imagination of human life, which dwells on and draws from the life of Christ, not only articulate its own, but also come into conversation with and engage other moral imaginaries of the human? Michael Banner argues that consideration of these questions requires study of moral theology, therefore, he reconceives its nature and tasks, and in particular, its engagement with social anthropology. Drawing from social anthropology and Christian thought and practice from many periods, and influenced especially by his engagement in public policy matters including as a member of the UK's Human Tissue Authority, Banner aims to develop the outlines of an everyday ethics, stretching from before the cradle to after the grave. 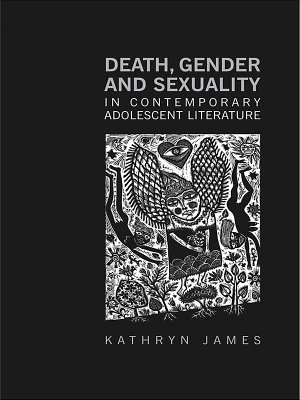 Book Description: Knowledge about carnality and its limits provides the agenda for much of the fiction written for adolescent readers today, yet there exists little critical engagement with the ways in which it has been represented in the young adult novel in either discursive, ideological, or rhetorical forms. Death, Gender and Sexuality in Contemporary Adolescent Literature is a pioneering study that addresses these methodological and contextual gaps. Focusing on texts produced since the late-1980s, and drawing on a range of theoretical perspectives, Kathryn James shows how representations of death in young adult literature are invariably associated with issues of sexuality, gender, and power. Under particular scrutiny are the trope of woman/death, the eroticizing and sexualizing of death, and the ways in which the gendered subject is represented in dialogue with the processes of death, dying, and grief. Through close readings of historical literature, fantasy fictions, realistic novels, dead-narrator tales, and texts from genres including Gothic, horror, and post-disaster, James reveals not only how cultural discourses influence and are influenced by literary works, but how relevant the study of death is to adolescent fiction--the literature of "becoming." 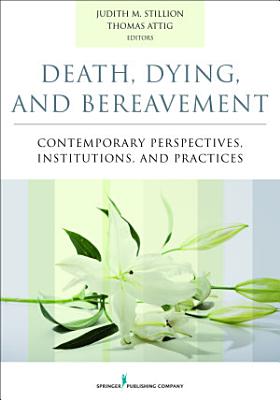 Book Description: Delivers the collective wisdom of foremost scholars and practitioners in the death and dying movement from its inception to the present. Written by luminaries who have shaped the field, this capstone book distills the collective wisdom of foremost scholars and practitioners who together have nearly a millennium of experience in the death and dying movement. The book bears witness to the evolution of the movement and presents the insights of its pioneers, eyewitnesses, and major contributors past and present. Its chapters address contemporary intellectual, institutional, and practice developments in thanatology: hospice and palliative care; funeral practice; death education; and caring of the dying, suicidal, bereaved, and traumatized. With a breadth and depth found in no other text on death, dying, and bereavement, the book disseminates the thinking of prominent authors William Worden, David Clark, Tony Walter, Robert Neimeyer, Charles Corr, Phyllis Silverman, Betty Davies, Therese A. Rando, Colin Murray Parkes, Kenneth Doka, Allan Kellehear, Sandra Bertman, Stephen Connor, Linda Goldman, Mary Vachon, and others. Their chapters discuss the most significant facets of early development, review important current work, and assess major challenges and hopes for the future in the areas of their expertise. A substantial chronology of important milestones in the contemporary movement introduces the book, frames the chapters to follow, and provides guidance for further, in-depth reading. The book first focuses on the interdisciplinary intellectual achievements that have formed the foundation of the field of thanatology. The section on institutional innovations encompasses contributions in hospice and palliative care of the dying and their families; funeral service; and death education. The section on practices addresses approaches to counseling and providing support for individuals, families, and communities on issues related to dying, bereavement, suicide, trauma, disaster, and caregiving. An Afterword identifies challenges and looks toward future developments that promise to sustain, further enrich, and strengthen the movement. KEY FEATURES: Distills the wisdom of pioneers in and major contributors to the contemporary death, dying, and bereavement movement Includes living witness accounts of the movement's evolution and important milestones Presents the best contemporary thinking in thanatology Describes contemporary institutional developments in hospice and palliative care, funeral practice, and death education Illuminates best practices in care of the dying, suicidal, bereaved, and traumatized 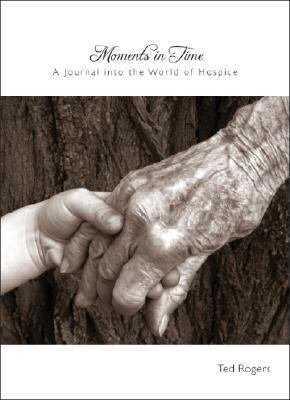 Book Description: Growing old. It is a reality we all face. Conveying his own experiences with death and dying, Author Ted Rogers captures beautifully the essence of the human condition in A Moment in Time: A Journal into the World of Hospice. As you enter the world of hospice care and the lives of those nearing their final days, you will be inspired by this heartwarming and thought-provoking journal, which follows the path of one young man as he makes a difference in the lives of all whom he encounters. A gratifying and moving account of how we truly can make a difference, Moments in Time: A Journal into the World of Hospice will change the way you think about growing old and may produce a few laughs along the way. 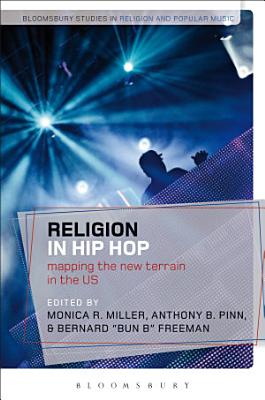 Book Description: Now a global and transnational phenomenon, hip hop culture continues to affect and be affected by the institutional, cultural, religious, social, economic and political landscape of American society and beyond. Over the past two decades, numerous disciplines have taken up hip hop culture for its intellectual weight and contributions to the cultural life and self-understanding of the United States. More recently, the academic study of religion has given hip hop culture closer and more critical attention, yet this conversation is often limited to discussions of hip hop and traditional understandings of religion and a methodological hyper-focus on lyrical and textual analyses. Religion in Hip Hop: Mapping the Terrain provides an important step in advancing and mapping this new field of Religion and Hip Hop Studies. The volume features 14 original contributions representative of this new terrain within three sections representing major thematic issues over the past two decades. The Preface is written by one of the most prolific and founding scholars of this area of study, Michael Eric Dyson, and the inclusion of and collaboration with Bernard 'Bun B' Freeman fosters a perspective internal to Hip Hop and encourages conversation between artists and academics. 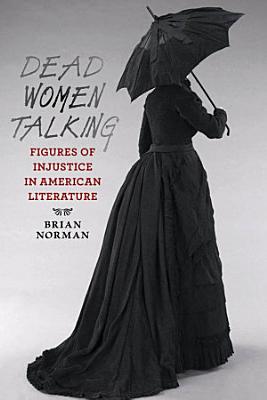 Book Description: Brian Norman uncovers a curious phenomenon in American literature: dead women who nonetheless talk. These characters appear in works by such classic American writers as Poe, Dickinson, and Faulkner as well as in more recent works by Alice Walker, Toni Morrison, Tony Kushner, and others. These figures are also emerging in contemporary culture, from the film and best-selling novel The Lovely Bones to the hit television drama Desperate Housewives. Dead Women Talking demonstrates that the dead, especially women, have been speaking out in American literature since well before it was fashionable. Norman argues that they voice concerns that a community may wish to consign to the past, raising questions about gender, violence, sexuality, class, racial injustice, and national identity. When these women insert themselves into the story, they do not enter precisely as ghosts but rather as something potentially more disrupting: posthumous citizens. The community must ask itself whether it can or should recognize such a character as one of its own. The prospect of posthumous citizenship bears important implications for debates over the legal rights of the dead, social histories of burial customs and famous cadavers, and the political theory of citizenship and social death. 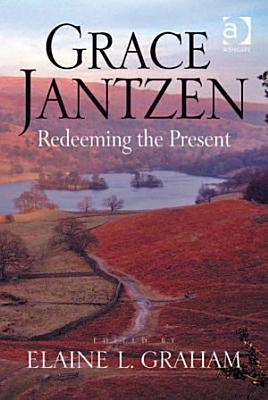 Book Description: Grace Jantzen was an internationally-renowned feminist philosopher of religion whose work has transformed the way we think about the interactions between religion, culture and gender in Western culture. Jantzen's aim was to 'redeem the present' via a critique and reconstruction of staple concepts of the Western imaginary. This unique book brings together many of Grace Jantzen's colleagues and former students in a wide-ranging exploration of her enduring influence, ranging across philosophy of religion, to literature, psychoanalysis, theology, ethics and politics. Part I assesses the ramifications of Jantzen's affirmation that Western culture must 'choose life' in preference to a prevailing symbolic of violence and death. Part II explores some of the key voices which contributed to Jantzen's understanding of a culture of flourishing and natality: Quaker thought and practice, medieval mysticism and feminist spirituality. Further essays apply elements of Jantzen's work to the politics of disability, development and environmentalism, extending her range of influence into new and innovative areas.