Book Description: In his provocative, brave, and sometimes brutal first book of poems, Roger Sedarat directly addresses the possibility of political change in a nation that some in America consider part of “the axis of evil.” Iranianon his father’s side, Sedarat explores the effects of the Islamic Revolution of 1979—including censorship, execution, and pending war—on the country as well as on his understanding of his own origins. Written in a style that is as sure-footed as it is experimental, Dear Regime: Letters to the Islamic Republic confronts the past and current injustices of the Iranian government while retaining a sense of respect and admiration for the country itself. Woven into this collection are the author’s vividdescriptions of the landscape as well as the people of Iran. Throughout, Sedarat exhibits a keen appreciation for the literary tradition of Iran, and inmaking it new, attempts to preserve the culture of a country he still claims as his own. Thigh With honesty of homemade butter, paddle-churned cream (eshta in Arabic, ecstasy foaming to the brim), a woman river-bathes, sheet of oil-black hair breaking in rapids, cut lemon scintillating olive skin free of tree-stumped chador, skirts within skirts, peal of her bell-body rung muffled in Iran heat—a splash of white. The rhythm of pumice scraping her feet, sandbar against warm current, frothy cape a bee-bubbled hive, honeyed trace curling to her bare knees, thick transparent lather. At a Tehran bazaar endless gold-stores could never return me anywhere pure. 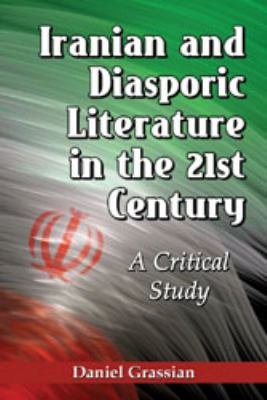 Book Description: The most populous Islamic country in the Middle East, Iran is rife with contradictions, in many ways caught between the culture and governments of the Western—more dominant and arguably imperalist—world and the ideology of conservative fundamentalist Islam. This book explores the present-day writings of authors who explore these oppositional forces, often finding a middle course between the often brutal and demonizing rhetoric from both sides. To combat how the West has falsely generalized and stereotyped Iran, and how Iran has falsely generalized and stereotyped the West, Iranian and diasporic writers deconstruct Western caricatures of Iran and Iranian caricatures of the West. In so doing, they provide especially valuable insights into life in Iran today and into life in the West for diasporic Iranians. 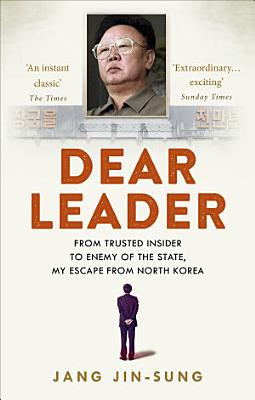 Book Description: SUNDAY TIMES TOP 10 BESTSELLER Dear Leader contains astonishing new insights about North Korea which could only be revealed by someone working high up in the regime. It is also the gripping story of how a member of the inner circle of this enigmatic country became its most courageous, outspoken critic. Jang Jin-sung held one of the most senior ranks in North Korea's propaganda machine, helping tighten the regime's grip over its people. Among his tasks were developing the founding myth of North Korea, posing undercover as a South Korean intellectual and writing epic poems in support of the dictator, Kim Jong-il. Young and ambitious, his patriotic work secured him a bizarre audience with Kim Jong-il himself, thus granting him special status as one of the 'Admitted'. This meant special food provisions, a travel pass and immunity from prosecution and harm. He was privy to state secrets, including military and diplomatic policies, how the devastating 'Scrutiny' was effected, and the real position of one of the country's most powerful, elusive men, Im Tong-ok. Because he was praised by the Dear Leader himself, he had every reason to feel satisfied with his lot and safe. Yet he could not ignore his conscience, or the disparity between his life and that of those he saw starving on the street. After breaking security rules, Jang Jin-sung, together with a close friend, was forced to flee for his life: away from lies and deceit, towards truth and freedom. 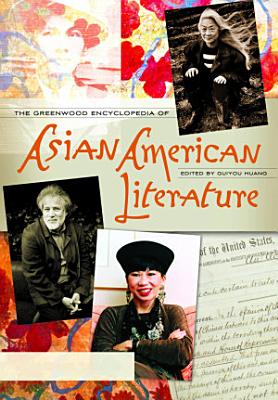 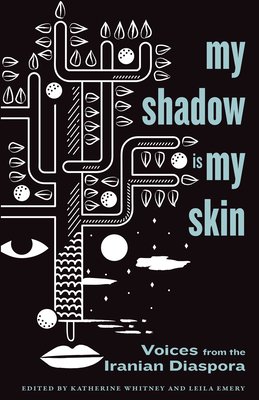 Book Description: The Iranian revolution of 1979 launched a vast, global diaspora, with many Iranians establishing new lives in the United States. In the four decades since, the diaspora has expanded to include not only those who emigrated immediately after the revolution but also their American-born children, more recent immigrants, and people who married into Iranian families, all of whom carry their own stories of trauma, triumph, adversity, and belonging that reflect varied and nuanced perspectives on what it means to be Iranian or Iranian American. The essays in My Shadow Is My Skin are these stories. This collection brings together thirty-two authors, both established and emerging, whose writing captures the diversity of diasporic experiences. Reflecting on the Iranian American experience over the past forty years and shedding new light on themes of identity, duality, and alienation in twenty-first-century America, the authors present personal narratives of immigration, sexuality, marginalization, marriage, and religion that offer an antidote to the news media’s often superficial portrayals of Iran and the people who have a connection to it. My Shadow Is My Skin pulls back the curtain on a community that rarely gets to tell its own story. 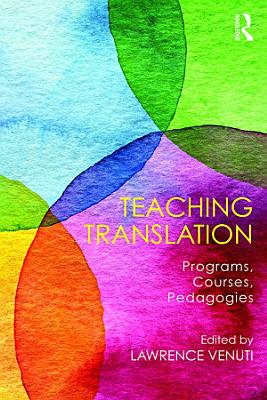 Book Description: Over the past half century, translation studies has emerged decisively as an academic field around the world, and in recent years the number of academic institutions offering instruction in translation has risen along with an increased demand for translators, interpreters and translator trainers. Teaching Translation is the most comprehensive and theoretically informed overview of current translation teaching. Contributions from leading figures in translation studies are preceded by a substantial introduction by Lawrence Venuti, in which he presents a view of translation as the ultimate humanistic task – an interpretive act that varies the form, meaning, and effect of the source text. 26 incisive chapters are divided into four parts, covering: certificate and degree programs teaching translation practices studying translation theory, history, and practice surveys of translation pedagogies and key textbooks The chapters describe long-standing programs and courses in the US, Canada, the UK, and Spain, and each one presents an exemplary model for teaching that can be replicated or adapted in other institutions. Each contributor responds to fundamental questions at the core of any translation course – for example, how is translation defined? What qualifies students for admission to the course? What impact does the institutional site have upon the course or pedagogy? Teaching Translation will be relevant for all those working and teaching in the areas of translation and translation studies. Additional resources for Translation and Interpreting Studies are available on the Routledge Translation Studies Portal: http://cw.routledge.com/textbooks/translationstudies/. 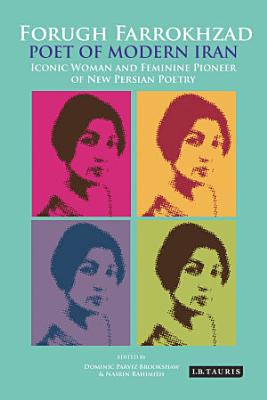 Book Description: The pioneering Iranian poet and filmmaker Forugh Farrokhzad was an iconic figure in her own day and has come to represent the spirit of revolt against patriarchal and cultural norms in 1960s Iran. Four decades after her tragic death at the age of 32, "Forugh Farrokhzad, Poet of Modern Iran" brings her ground-breaking work into new focus. During her lifetime Farrokhzad embodied the vexed predicament of the contemporary Iranian woman, at once subjected to long-held traditional practices and influenced by newly introduced modern social sensibilities. Highlighting her literary and cinematic innovation, this volume examines the unique place Farrokhzad occupies in Iran, both among modern Persian poets in general and as an Iranian woman writer in particular. The authors also explore Farrokhzad's appeal outside Iran in the Iranian diasporic imagination and through the numerous translations of her poetry into English. It is a fitting and authoritative tribute to the work of a remarkable woman which will introduce and explain her legacy for a 21st-century audience. 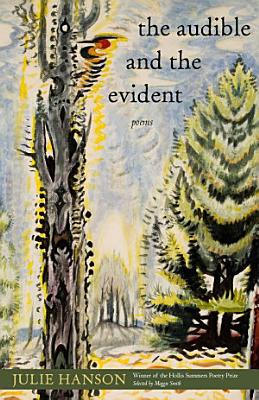 Book Description: In this, Julie Hanson’s second award-winning book, the poems inscribe deep stillness on a world of harmonies in motion. Whether composed on modern objects, say a vacuum—"part pet, part sculpture/sprawled awkwardly, still shrieking”—that evokes a sudden onrush of sobbing, or the notional movement between a plastic bag, a lawn and a return from a France not yet visited, these poems circulate among the senses as moments that pass and are recalled. Hanson’s poems investigate interiority as they resonate in the ear to excite the eye. Together, her poems illustrate the movement between and among seasons and tasks, work and leisure, solitude and people, and all through the private life as it intersects with the products and noises of industry and nature. Hanson’s is a poetic realm that includes the head-splitting bright white screamings of an Indy 500 race into a zen garden, this realm we all inhabit where birdsong and squeaky water meters improvise together. 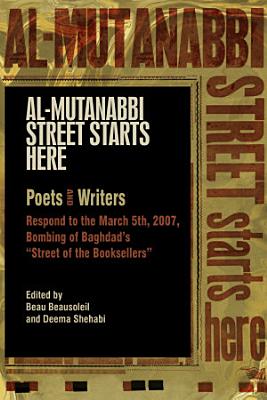 Book Description: Iraqis and international poets and writers give their thoughts on a 2007 bombing that shattered an Iraqi book-selling community and explore how it threatened the free exchange of ideas in the country. Original. 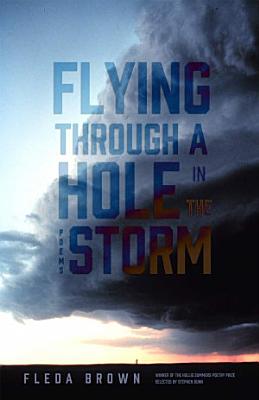 Book Description: A keenly observant collection of poems on disaster, aging, and apocalypse. Golda Meir once said, “Old age is like a plane flying through a storm. Once you're aboard, there’s nothing you can do.” The poems in Fleda Brown’s brave collection, her thirteenth, take readers on a journey through the fury of this storm. There are plenty of tragedies to weather here, both personal and universal: the death of a father, a child’s terminal cancer, the extinction of bees, and environmental degradation. Brown’s poems are wise, honest, and deeply observant meditations on contemporary science, physics, family, politics, and aging. With tributes to visionary artists, including Frida Kahlo, Pablo Picasso, and Grandma Moses, as well as to life’s terrors, sadnesses, and joys, these works are beautiful dispatches from a renowned poet who sees the shadows lengthening and imagines what they might look like from the other side. 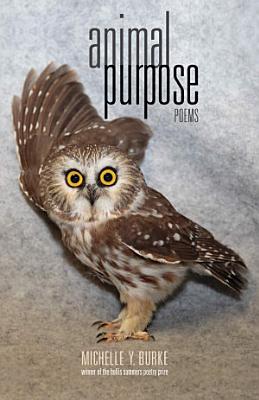 Book Description: In Animal Purpose, Michelle Y. Burke explores the lives of men and women as they stand poised between the desire to love and the compulsion to harm. In one poem, a woman teaches a farmhand the proper way to slaughter a truckload of chickens. In another, a couple confronts the recent loss of a loved one when a stranger makes an unexpected confession in a crowded restaurant. Set in both rural and urban spaces, these poems challenge received ideas about work, gender, and place. Danger blurs into beauty and back again. Burke scours the hard edges of the world to find “fleeting softness,” which she wishes “into the world like pollen that covers everything.” 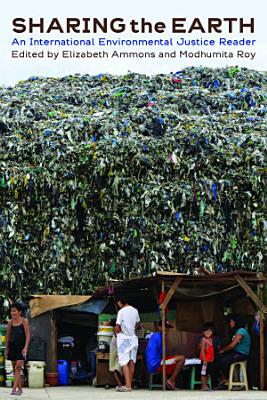 Book Description: The first of its kind, this anthology of eighty international primary literary texts—poems, short stories, personal essays, testimonials, activist statements, and group-authored visions—illuminates Environmental Justice as a concept and a movement worldwide in a way that is accessible to students, scholars, and general readers. Also included are historical selections that ground contemporary pieces in a continuum of activist concern for the earth and human justice, a much-needed but seldom available perspective. Arts and humanities are crucial in the ongoing effort to achieve an ecologically sustainable and just world. Works of the human imagination provide analyses, articulations of experience, and positive visions of the future that no amount of statistics, data, charts, or graphs can offer because literature speaks not only to the intellect but also to our emotions. Creative literary work, which records human experience both past and present, has the power to warn, to persuade, and to inspire. Each is critical in the shared struggle for Environmental Justice.