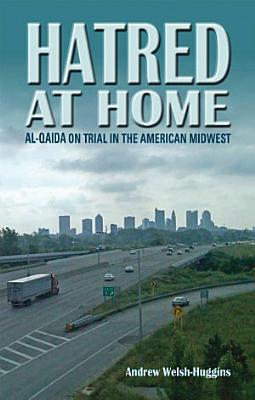 Book Description: One day in 2002, three friends — a Somali immigrant, a Pakistan–born U.S. citizen, and a hometown African American — met in a Columbus, Ohio coffee shop and vented over civilian casualties in the war in Afghanistan. Their conversation triggered an investigation that would become one of the most unusual and far–reaching government probes into terrorism since the 9/11 attacks. Over several years, prosecutors charged each man with unrelated terrorist activities in cases that embodied the Bush administration’s approach to fighting terrorism at home. Government lawyers spoke of catastrophes averted; defense attorneys countered that none of the three had done anything but talk. The stories of these homegrown terrorists illustrate the paradox the government faces after September 11: how to fairly wage a war against alleged enemies living in our midst. Hatred at Home is a true crime drama that will spark debate from all political corners about safety, civil liberties, free speech, and the government’s war at home. 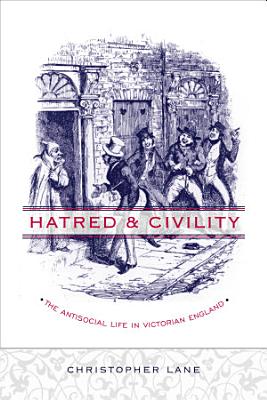 Book Description: To understand hatred and civility in today's world, argues Christopher Lane, we should start with Victorian fiction. Although the word "Victorian" generally brings to mind images of prudish sexuality and well-heeled snobbery, it has above all become synonymous with self-sacrifice, earnest devotion, and moral rectitude. Yet this idealized version of Victorian England is surprisingly scarce in the period's literature--and its journalism, sermons, poems, and plays--where villains, hypocrites, murderers, and cheats of all types abound. 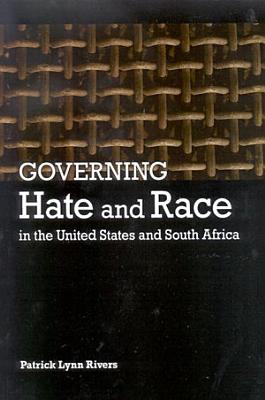 Book Description: Argues that the responsibility for eradicating racial hatred has been redirected away from the state and toward the hated, leaving the causes of hate unaddressed. 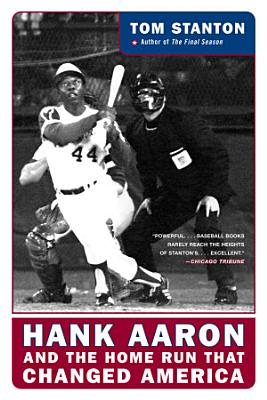 Book Description: Baseball has witnessed more than 125,000 home runs. Many have altered the outcome of games, and some have decided pennants and become legend. But no dinger has had greater impact than Hank Aaron's 715th home run. His historic blast on April 8, 1974, lifted him above Babe Ruth on the all-time list, an achievement that shook not only baseball but our nation itself. Aaron's magnificent feat provoked bigotry and shattered prejudice, inspired a generation, emboldened a flagging civil rights movement, and called forth the demons that haunted Aaron's every step and turned what should have been a joyous pursuit into a hellish nightmare. In this powerful recollection, Tom Stanton penetrates the myth of Aaron's chase and uncovers the compelling story behind the most consequential athletic achievement of the past fifty years. Three decades after Hank Aaron reached the pinnacle of the national pastime, and now as Barry Bonds makes history of his own, Stanton unfolds a tale rich with drama, poignancy, and suspense to bring to life the elusive spirit of an American hero. 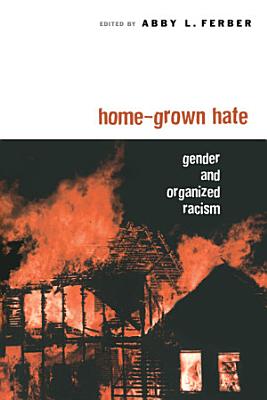 Book Description: The top names in the field come together in this collection with original essays that explore the link between gender and racism in a variety of racial and white supremacy organizations, including white separatists, the Christian right, the militia/patriot movements, skinheads, and more. 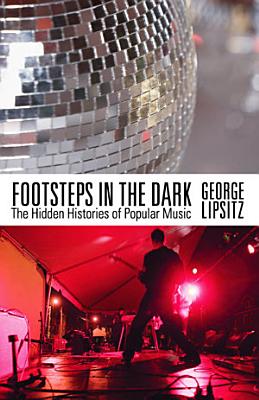 Book Description: Most pop songs are short-lived. They appear suddenly and, if they catch on, seem to be everywhere at once before disappearing again into obscurity. Yet some songs resonate more deeply—often in ways that reflect broader historical and cultural changes. In Footsteps in the Dark, George Lipsitz illuminates these secret meanings, offering imaginative interpretations of a wide range of popular music genres from jazz to salsa to rock. Sweeping changes that only remotely register in official narratives, Lipsitz argues, can appear in vivid relief within popular music, especially when these changes occur outside mainstream white culture. Using a wealth of revealing examples, he discusses such topics as the emergence of an African American techno music subculture in Detroit as a contradictory case of digital capitalism and the prominence of banda, merengue, and salsa music in the 1990s as an expression of changing Mexican, Dominican, and Puerto Rican nationalisms. Approaching race and popular music from another direction, he analyzes the Ken Burns PBS series Jazz as a largely uncritical celebration of American nationalism that obscures the civil rights era’s challenge to racial inequality, and he takes on the infamous campaigns to censor hip-hop and the radical black voice in the early 1990s. Teeming with astute observations and brilliant insights about race and racism, deindustrialization, and urban renewal and their connections to music, Footsteps in the Dark puts forth an alternate history of post–cold war America and shows why in an era given to easy answers and clichd versions of history, pop songs matter more than ever. George Lipsitz is professor of black studies and sociology at the University of California, Santa Barbara. Among his many books are Life in the Struggle, Dangerous Crossroads, and American Studies in a Moment of Danger (Minnesota, 2001). 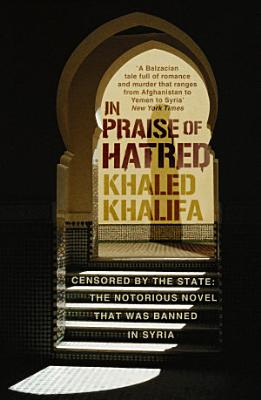 Book Description: 1980s Syria, our young narrator is living a secluded life behind the veil in the vast and perfumed house of her grandparents in Aleppo. Her three aunts, Maryam the pious one; Safaa, the liberal; and the free-spirited Marwa, bring her up with the aid of their ever-devoted blind servant. Soon the high walls of the family home are unable to protect her from the social and political changes outside. Witnessing the crackdowns of the ruling dictatorship against Muslims, she is filled with hatred for her oppressors, and becomes increasingly fundamentalist. In the footsteps of her beloved uncle Bakr, she takes on the party, launching herself into a fight for her religion, her country, and ultimately, her own future. On a backdrop of real-life events that occurred during the Syrian regime’s ruthless suppression of the Muslim Brotherhood in the 1980s, IN PRAISE OF HATRED is a stirring, sensual story. Its elegant use of traditional, layered storytelling is a powerful echo of the modern-day tragedy that is now taking place in the Middle East. 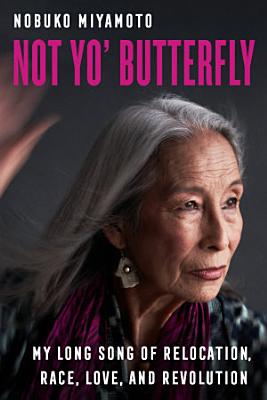 Book Description: A mold-breaking memoir of Asian American identity, political activism, community, and purpose. Not Yo' Butterfly is the intimate and unflinching life story of Nobuko Miyamoto--artist, activist, and mother. Beginning with the harrowing early years of her life as a Japanese American child navigating a fearful west coast during World War II, Miyamoto leads readers into the landscapes that defined the experiences of twentieth-century America and also foregrounds the struggles of people of color who reclaimed their histories, identities, and power through activism and art. Miyamoto vividly describes her early life in the racialized atmosphere of Hollywood musicals and then her turn toward activism as an Asian American troubadour with the release of A Grain of Sand--considered to be the first Asian American folk album. Her narrative intersects with the stories of Yuri Kochiyama and Grace Lee Boggs, influential in both Asian and Black liberation movements. She tells how her experience of motherhood with an Afro-Asian son, as well as a marriage that intertwined Black and Japanese families and communities, placed her at the nexus of the 1992 Rodney King riots--and how she used art to create interracial solidarity and conciliation. Through it all, Miyamoto has embraced her identity as an Asian American woman to create an antiracist body of work and a blueprint for empathy and praxis through community art. Her sometimes barbed, often provocative, and always steadfast story is now told. 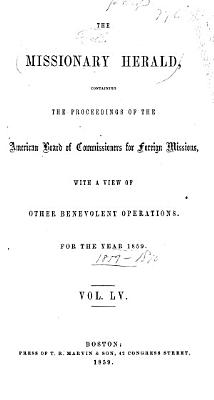 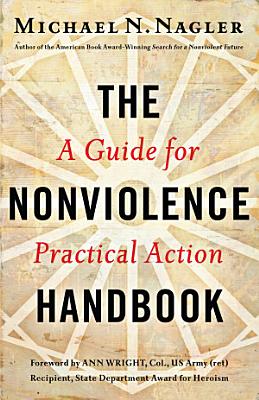 Book Description: “Nonviolence is not the recourse of the weak but actually calls for an uncommon kind of strength; it is not a refraining from something but the engaging of a positive force,” renowned peace activist Michael Nagler writes. Here he offers a step-by-step guide to creatively using nonviolence to confront any problem and to build change movements capable of restructuring the very bedrock of society. Nagler identifies some specific tactical mistakes made by unsuccessful nonviolent actions such as the Tiananmen Square demonstrations and the Occupy protests and includes stories of successful nonviolent resistance from around the world, including an example from Nazi Germany. And he shows that nonviolence is more than a tactic—it is a way of living that will enrich every area of our lives. 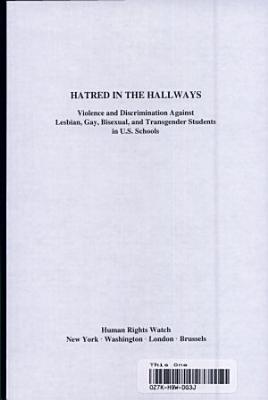 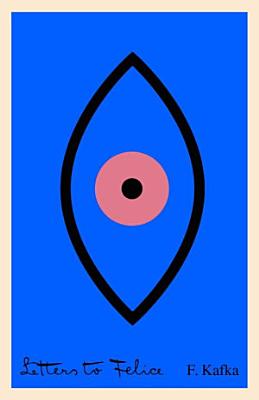 Book Description: Franz Kafka first met Felice Bauer in August 1912, at the home of his friend Max Brod. The twenty-five-year-old career woman from Berlin—energetic, down-to-earth, life-affirming—awakened in him a desire to marry. Kafka wrote to Felice almost daily, sometimes even twice a day. Because he was living in Prague and she in Berlin, their letters became their sole source of knowledge of each other. But soon after their engagement in 1914, Kafka began having doubts about the relationship, fearing that marriage would imperil his dedication to writing and interfere with his need for solitude. Through their break-up, a second engagement in 1917, and their final parting later that year, when Kafka began falling ill with the tuberculosis that would eventually claim his life, their correspondence continued. The more than five hundred letters that Kafka wrote to Felice over the course of those five years were acquired by Schocken from her in 1955. They reveal the full measure of Kafka's inner turmoil as he tried, in vain, to balance his need for stability with the demands of his craft. "These letters are indispensable for anyone seeking a more intimate knowledge of Kafka and his fragmented world." —Library Journal