Book Description: Many students come to African history with a host of stereotypes that are not always easy to dislodge. One of the most common is that of Africa as safari grounds—as the land of expansive, unpopulated game reserves untouched by civilization and preserved in their original pristine state by the tireless efforts of contemporary conservationists. With prose that is elegant in its simplicity and analysis that is forceful and compelling, Jan Bender Shetler brings the landscape memory of the Serengeti to life. She demonstrates how the social identities of western Serengeti peoples are embedded in specific spaces and in their collective memories of those spaces. Using a new methodology to analyze precolonial oral traditions, Shetler identifies core spatial images and reevaluates them in their historical context through the use of archaeological, linguistic, ethnographic, ecological, and archival evidence. Imagining Serengeti is a lively environmental history that will ensure that we never look at images of the African landscape in quite the same way. 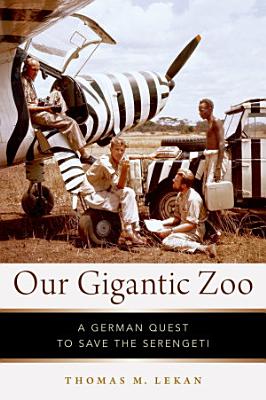 Book Description: How did the Seregenti become an internationally renowned African conservation site and one of the most iconic destinations for a safari? In this book, Thomas M. Lekan illuminates the controversial origins of this national park by examining how Europe's greatest wildlife conservationist, former Frankfurt Zoo director and Oscar-winning documentarian Bernhard Grzimek, popularized it as a global destination. In the 1950s, Grimzek and his son Michael began a quest to save the Serengeti from modernization and "overpopulation" by remaking an imperial game reserve into a gigantic zoo for the earth's last great mammals. Grzimek, well-known to German audiences through his long-running television program, A Place for Animals, used the film Seregenti Shall Not Die to convince ordinary Europeans that they could save nature. Yet their message sidestepped the uncomfortable legacies of German colonial exploitation in the region that had endangered animals and excluded local people. After independence, Grzimek raised funds, brokered diplomatic favors, and convinced German tourists to book travel packages--all to persuade Tanzanian leader Julius Nyerere that wildlife would fuel the young nation's economic development. Grzimek helped Tanzania to create almost a dozen new national parks by 1975, but wooing tourists conflicted with rights of the Maasai and other African communities to inhabit the landscape on their own terms. Grzimek's global priorities eventually clashed with Nyerere's nationalist ones, as a more self-assertive Tanzania resented conservationists' meddling and failed promises. A story that demonstrates the conflicts between international conservation, nature tourism, decolonization, and national sovereignty, Our Gigantic Zoo explores the legacy of the man who portrayed himself as a second Noah, called on a sacred mission to protect the last vestiges of paradise for all humankind. 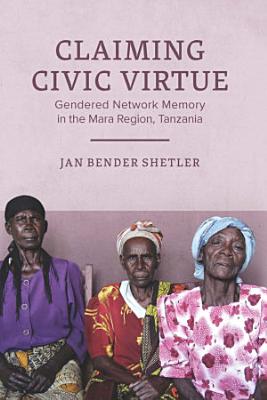 Book Description: An original and wide-ranging investigation of the gendered nature of historical memory among communities in the Mara region of Tanzania and its influence on the development of East Africa over the past 150 years. Exploring these oral histories opens exciting new vistas for understanding how women and men in this culture tell their stories and assert their roles as public intellectuals. 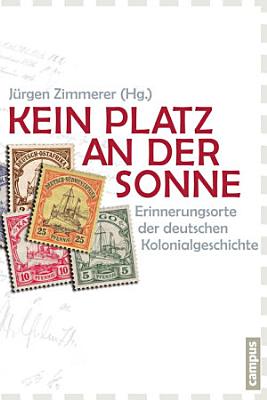 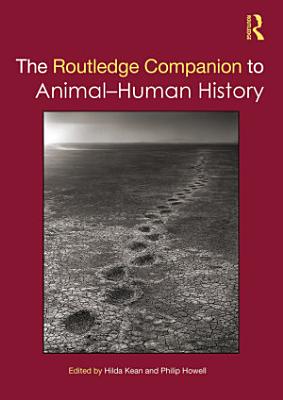 Book Description: The Routledge Companion to Animal-Human History provides an up-to-date guide for the historian working within the growing field of animal-human history. Giving a sense of the diversity and interdisciplinary nature of the field, cutting-edge contributions explore the practices of and challenges posed by historical studies of animals and animal-human relationships. Divided into three parts, the Companion takes both a theoretical and practical approach to a field that is emerging as a prominent area of study. Animals and the Practice of History considers established practices of history, such as political history, public history and cultural memory, and how animal-human history can contribute to them. Problems and Paradigms identifies key historiographical issues to the field with contributors considering the challenges posed by topics such as agency, literature, art and emotional attachment. The final section, Themes and Provocations, looks at larger themes within the history of animal-human relationships in more depth, with contributions covering topics that include breeding, war, hunting and eating. As it is increasingly recognised that nonhuman actors have contributed to the making of history, The Routledge Companion to Animal-Human History provides a timely and important contribution to the scholarship on animal-human history and surrounding debates. 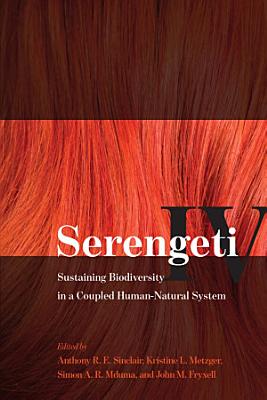 Book Description: The vast savannas and great migrations of the Serengeti conjure impressions of a harmonious and balanced ecosystem. But in reality, the history of the Serengeti is rife with battles between human and non-human nature. In the 1890s and several times since, the cattle virus rinderpest—at last vanquished in 2008—devastated both domesticated and wild ungulate populations, as well as the lives of humans and other animals who depended on them. In the 1920s, tourists armed with the world’s most expensive hunting gear filled the grasslands. And in recent years, violence in Tanzania has threatened one of the most successful long-term ecological research centers in history. Serengeti IV, the latest installment in a long-standing series on the region’s ecology and biodiversity, explores the role of our species as a source of both discord and balance in Serengeti ecosystem dynamics. Through chapters charting the complexities of infectious disease transmission across populations, agricultural expansion, and the many challenges of managing this ecosystem today, this book shows how the people and landscapes surrounding crucial protected areas like Serengeti National Park can and must contribute to Serengeti conservation. In order to succeed, conservation efforts must also focus on the welfare of indigenous peoples, allowing them both to sustain their agricultural practices and to benefit from the natural resources provided by protected areas—an undertaking that will require the strengthening of government and education systems and, as such, will present one of the greatest conservation challenges of the next century. 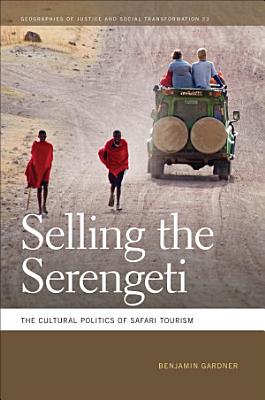 Book Description: Situating safari tourism within the discourses and practices of development, Selling the Serengeti examines the relationship between the Maasai people of northern Tanzania and the extraordinary influence of foreign-owned ecotourism and big-game-hunting companies. It looks at two major discourses and policies surrounding biodiversity conservation, the championing of community-based conservation and the neoliberal focus on private investment in tourism, and their profound effect on Maasai culture and livelihoods. This ethnographic study explores how these changing social and economic relationships and forces remake the terms through which state institutions and local people engage with foreign investors, communities, and their own territories. The book highlights how these new tourism arrangements change the shape and meaning of the nation-state and the village and in the process remake cultural belonging and citizenship. Benjamin Gardner’s experiences in Tanzania began during a study abroad trip in 1991. His stay led to a relationship with the nation and the Maasai people in Loliondo lasting almost twenty years; it also marked the beginning of his analysis and ethnographic research into social movements, market-led conservation, and neoliberal development around the Serengeti. 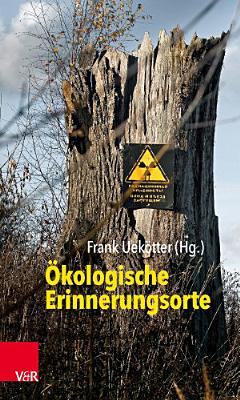 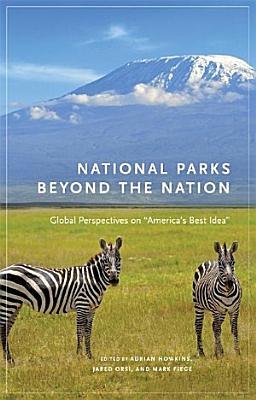 Book Description: “The idea of a national park was an American invention of historic consequences marking the beginning of a worldwide movement,” the U.S. National Park Service asserts in its 2006 Management Policies. National Parks beyond the Nation brings together the work of fifteen scholars and writers to reveal the tremendous diversity of the global national park experience—an experience sometimes influencing, sometimes influenced by, and sometimes with no reference whatever to the United States. Writer and historian Wallace Stegner once called national parks “America’s best idea.” The contributors to this volume use that exceptionalist claim as a starting point for thinking about an international history of national parks. They explore the historical interactions and influences—intellectual, political, and material—within and between national park systems in Canada, New Zealand, South Africa, Indonesia, Antarctica, Brazil, and other countries. What is the role of science in the history of these preserves? Of politics? What purposes do they serve: Conservation? Education? Reverence toward nature? Tourist pleasure? People have thought differently about national parks at different times and in different places; and neat physical boundaries have been disrupted by wandering animals, human movements, the spread of disease, and climate change. Viewing parks around the world, at various scales and across national frontiers, these essays offer a panoptic view of the common and contrasting cultural and environmental features of national parks worldwide. If national parks are, as Stegner said, “absolutely American,” they are no less part of the world at large. National Parks beyond the Nation tells us as much about the multifarious and changing ideas of nature and culture as about the framing of those ideas in geographic, temporal, and national terms. 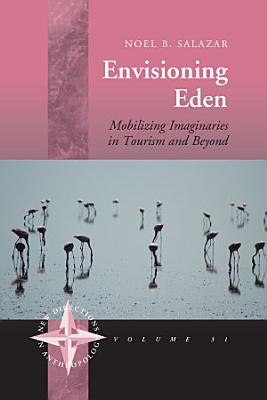 Book Description: As tourism service standards become more homogeneous, travel destinations worldwide are conforming yet still trying to maintain, or even increase, their distinctiveness. Based on more than two years of fieldwork in Yogyakarta, Indonesia and Arusha, Tanzania, this book offers an in-depth investigation of the local-to-global dynamics of contemporary tourism. Each destination offers examples that illustrate how tour guide narratives and practices are informed by widely circulating imaginaries of the past as well as personal imaginings of the future. 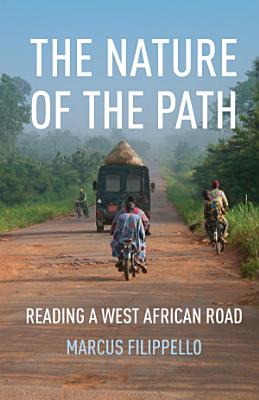 Book Description: The Nature of the Path reveals how a single road has shaped the collective identity of a community that has existed on the margins of larger societies for centuries. Marcus Filippello shows how a road running through the Lama Valley in Southeastern Benin has become a mnemonic device that has allowed residents to counter prevailing histories. Built by the French colonial government, and following a traditional pathway, the road serves as a site where the Ọhọri people narrate their changing relationship to the environment and assert their independence in the political milieus of colonial and postcolonial Africa. Filippello first visited the Yorùbá-speaking Ọhọri community in Benin knowing only the history in archival records. Over several years, he interviewed more than 100 people with family roots in the valley and discovered that their personal identities were closely tied to the community, which in turn was inextricably linked to the history of the road that snakes through the region’s seasonal wetlands. The road—contested, welcomed, and obstructed over many years—passes through fertile farmlands and sacred forests, both rich in meaning for residents. Filippello’s research seeks to counter prevailing notions of Africa as an “exotic” and pristine, yet contrarily war-torn, disease-ridden, environmentally challenged, and impoverished continent. His informants’ vivid construction of history through the prism of the road, coupled with his own archival research, offers new insights into Africans’ complex understandings of autonomy, identity, and engagement in the slow process we call modernization. 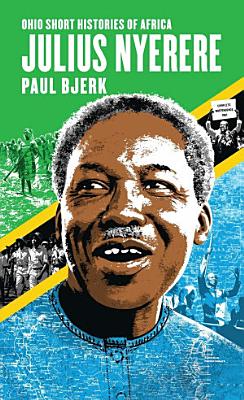 Book Description: With vision, hard-nosed judgment, and biting humor, Julius Nyerere confronted the challenges of nation building in modern Africa. Constructing Tanzania out of a controversial Cold War union between Tanganyika and Zanzibar, Nyerere emerged as one of independent Africa’s most influential leaders. He pursued his own brand of African socialism, called Ujamaa, with unquestioned integrity, and saw it profoundly influence movements to end white minority rule in Southern Africa. Yet his efforts to build a peaceful nation created a police state, economic crisis, and a war with Idi Amin’s Uganda. Eventually—unlike most of his contemporaries—Nyerere retired voluntarily from power, paving the way for peaceful electoral transitions in Tanzania that continue today. Based on multinational archival research, extensive reading, and interviews with Nyerere’s family and colleagues, as well as some who suffered under his rule, Paul Bjerk provides an incisive and accessible biography of this African leader of global importance. Recognizing Nyerere’s commitment to participatory government and social equality while also confronting his authoritarian turns and policy failures, Bjerk offers a portrait of principled leadership under the difficult circumstances of postcolonial Africa.