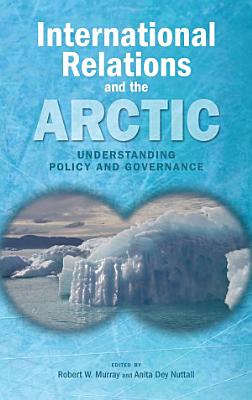 
Book Description: Increased global interest in the Arctic poses challenges to contemporary international relations and many questions surround exactly why and how Arctic countries are asserting their influence and claims over their northern reaches and why and how non-Arctic states are turning their attention to the region. Despite the inescapable reality in the growth of interest in the Arctic, relatively little analysis on the international relations aspects of such interest has been done. Traditionally, international relations studies are focused on particular aspects of Arctic relations, but to date there has been no comprehensive effort to explain the region as a whole. Literature on Arctic politics is mostly dedicated to issues such as development, the environment and climate change, or indigenous populations. International relations, traditionally interested in national and international security, has been mostly silent in its engagement with Arctic politics. Essential concepts such as security, sovereignty, institutions, and norms are all key aspects of what is transpiring in the Arctic, and deserve to be explained in order to better comprehend exactly why the Arctic is of such interest. The sheer number of states and organizations currently involved in Arctic international relations make the region a prime case study for scholars, policymakers and interested observers. In this first systematic study of Arctic international relations, Robert W. Murray and Anita Dey Nuttall have brought together a group of the world's leading experts in Arctic affairs to demonstrate the multifaceted and essential nature of circumpolar politics. This book is core reading for political scientists, historians, anthropologists, geographers and any other observer interested in the politics of the Arctic region. 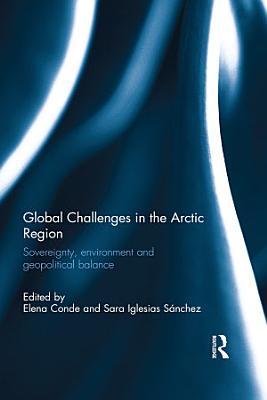 
Book Description: Bringing together interconnected discussions to make explicit the complexity of the Arctic region, this book offers a legal discussion of the ongoing territorial disputes and challenges in order to frame their impact into the viability of different governance strategies that are available at the national, regional and international level. One of the intrinsic features of the region is the difficulty in the determination of boundaries, responsibilities and interests. Against this background, sovereignty issues are intertwined with environmental and geopolitical issues that ultimately affect global strategic balances and international trade and, at the same time, influence national approaches to basic rights and organizational schemes regarding the protection of indigenous peoples and inhabitants of the region. This perspective lays the ground for further discussion, revolving around the main clusters of governance (focusing on the Arctic Council and the European Union, with the particular roles and interest of Arctic and non-Arctic states, and the impact on indigenous populations), environment (including the relevance of national regulatory schemes, and the intertwinement with concerns related to energy, or migration), strategy (concentrating in geopolitical realities and challenges analysed from different perspectives and focusing on different actors, and covering security and climate change related challenges). This collection provides an avenue for parallel and converging research of complex realities from different disciplines, through the expertise of scholars from different latitudes. 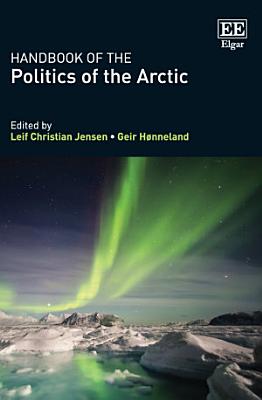 
Book Description: The Arctic has again become one of the leading issues on the international foreign policy agenda, in a manner unseen since the Cold War. Drawing on the perspectives of geo-politics and international law, this Handbook offers fresh insights and perspectives on the most pressing issues, grouped under the headings of political ascendancy, climate and environmental issues, resources and energy, and the response and policies of affected countries. 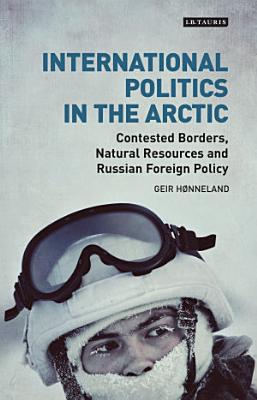 
Book Description: As the ice around the Arctic landmass recedes, the territory is becoming a flashpoint in world affairs. New trade routes, cutting thousands of miles off journeys, are available, and the Arctic is thought to be home to enormous gas and oil reserves. The territorial lines are new and hazy. This book looks at how Russia deals with the outside world vis a vis the Arctic. Given Russia’s recent bold foreign policy interventions, these are crucial issues and the realpolitik practiced by the Russian state is essential for understanding the Arctic’s future. Here, Geir Hønneland brings together decades of cutting-edge research - investigating the political contexts and international tensions surrounding Russia’s actions. Honneland looks specifically at ‘region-building’ and environmental politics of fishing and climate change, on nuclear safety and nature preservation, and also analyses the diplomatic relations surrounding clashes with Norway and Canada, as well as at the governance of the Barents Sea. The Politics of the Arctic is a crucial addition to our understanding of contemporary International Relations concerning the Polar North. 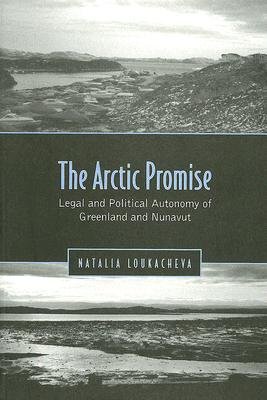 
Book Description: In Canada's Eastern Arctic and Greenland, the Inuit have been the majority for centuries. In recent years, they have been given a promise from Canadian and Danish governments that offers them more responsibility for their lands and thus control over their lives without fear of being outnumbered by outsiders. The Arctic Promise looks at how much the Inuit vision of self-governance relates to the existing public governance systems of Greenland and Nunavut, and how much autonomy there can be for territories that remain subordinate units of larger states. By means of a bottom-up approach involving cultural immersion, contextual, jurisprudential, and historical legal comparisons of Greenland and Nunavut, The Arctic Promise examines the forms, evolution, and scope of the right to autonomy in these Arctic jurisdictions. Loukacheva argues that the right to autonomy should encompass or protect Inuit jurisdiction in legal systems and the administration of justice, and should allow the Inuit direct participation in international affairs where issues that affect their homelands are concerned. The Arctic Promise deals with areas of comparative constitutional law, international law, Aboriginal law, legal anthropology, political science, and international relations, using each to contribute to the understanding of the right to indigenous autonomy. 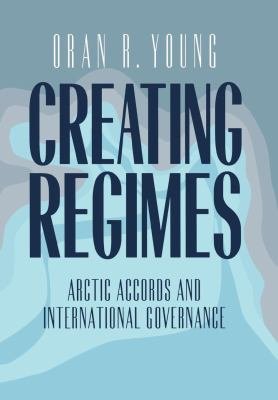 
Book Description: Oran R. Young is a key participant in recent debates among international relations scholars about the dynamics of rule-making and rule-following in international society. In this book, he weaves together theoretical issues relating to the formation of international regimes and substantive issues relating to the emergence of the Arctic as a distinct region in world affairs. Young divides the overall process of regime formation into three stages--agenda formation, negotiation, and operationalization--and argues that each stage has its own particular political dynamics. Efforts to explain or predict developments in specific issue areas, he suggests, require careful attention to each stage in the process. Empirically, Young examines in detail the events leading to the formation of the Arctic Environmental Protection Strategy and the Barents Euro-Arctic Region. Although these cases exhibit the defining characteristics of all international regimes, they broaden our understanding of institutional arrangements that are largely programmatic, rather than regulatory, in nature and that are based on soft-law agreements. -- "Choice" 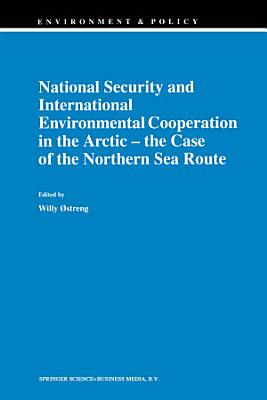 
Book Description: The basic objective of this report is to place the debate about the future of the Northern Sea Route into the larger picture of Arctic politics and the emerging agenda of the Arctic as a developing region in international society. National security and international environmental cooperation, are the objects of study employed, both separately and in various conceptual combinations, to realize this purpose. To help me in this, I was privileged to draw on the profound expertise of my highly esteemed co-authors, Professor Franklyn Griffiths at the University of Toronto and Senior Researchers at IMEMO in Moscow: Raphael Vartanov, Alexei Roginko and Alexander Kolossov. To their cooperative spirit, friendship and solid contributions to this report, ( am deeply indebted. The report is the result of multiple contributions, both in terms of substance and funding, extending far beyond the inputs of the team of authors. The professional input and thorough work 'behind the scene' done by Liv Astrid Sverdrup, Researcher at FNI at an early stage of the project, has been invaluable. Senior Consultant Kjell Moe at the Norwegian Polar Institute also provided valuable comments and improvements to the biological parts of the Introductory chapter, whilst Senior Consultant Ann Skarstad at FNI, worked wonders with the language for those of us not having English as our mother tongue. Claes Lykke Ragner, Deputy head of the (NSROP secretariat, and Dr. 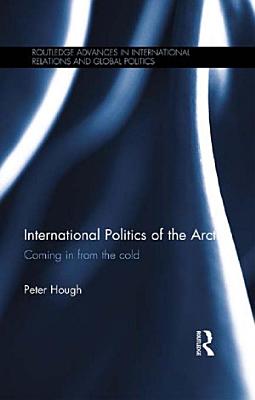 
Book Description: This book offers a wide-ranging account of the emerging issues of international politics in the Artic, and the emerging Geopolitical debates that surround the region. In this thorough but accessible book covering environmental issues, the author examines the Geopolitics of emerging land and resource disputes and the rise of both nationalist and pan-Arctic movements in the region. Whereas existing literature on the politics of the Arctic tends to focus either on the environment or on Geopolitical interests, this book considers both of these themes in addition to the politics of the region’s indigenous peoples and provides an overview on the emerging issues of international politics in the Arctic. The book makes full use of pedagogic features such as maps, diagrams, timelines, biographies and boxes highlighting key concepts and issues in order to make this an accessible book for both students and scholars alike. This book will be of interest to students and scholars of International Relations, Arctic Politics, Environmental Politics and European Politics. 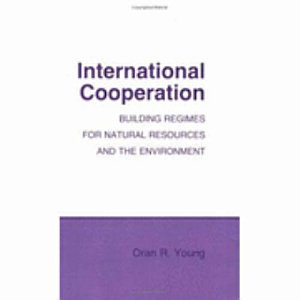 
Book Description: The notion of regimes as institutions that shape international behavior has received much attention from scholars in the field of international relations as a way of understanding how sovereign states secure international cooperation. Oran Young here seeks both to develop our theoretical grasp of international regimes and to expand the range of empirical applications of this line of analysis. 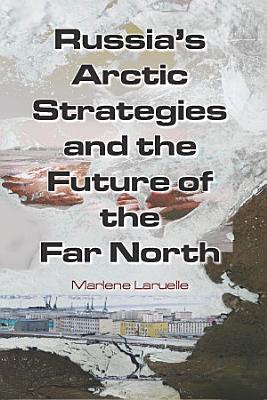 
Book Description: This book offers the first comprehensive examination of Russia's Arctic strategy, ranging from climate change issues and territorial disputes to energy policy and domestic challenges. As the receding polar ice increases the accessibility of the Arctic region, rival powers have been manoeuvering for geopolitical and resource security. Geographically, Russia controls half of the Arctic coastline, 40 percent of the land area beyond the Circumpolar North, and three quarters of the Arctic population. In total, the sea and land surface area of the Russian Arctic is about 6 million square kilometres. Economically, as much as 20 percent of Russia's GDP and its total exports is generated north of the Arctic Circle. In terms of resources, about 95 percent of its gas, 75 percent of its oil, 96 percent of its platinum, 90 percent of its nickel and cobalt, and 60 percent of its copper reserves are found in Arctic and Sub-Arctic regions. Add to this the riches of the continental shelf, seabed, and waters, ranging from rare earth minerals to fish stocks. After a spike of aggressive rhetoric when Russia planted its flag in the Arctic seabed in 2007, Moscow has attempted to strengthen its position as a key factor in developing an international consensus concerning a region where its relative advantages are manifest, despite its diminishing military, technological, and human capacities.