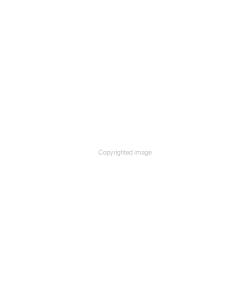 Book Description: From Week 1 to Super Bowl XLII, this book covers the entirety of the New York Giants Super Bowl championship season. With more than 150 color photographs, many never before published, this commemoration highlights the superbly engineered scoring drive in the final minutes of the game that mattered most, one that will be remembered as one of the greatest in the history of the NFL. This is the story of a team committed to winning and its loyal fans who believed until the very end. 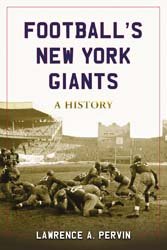 Book Description: The New York Giants returned to prominence with a Super Bowl victory in 2008, but the franchise has a long and proud history. This book focuses on six different eras of the team, from its 1925 inaugural season, through the “glory years” of the 1950s with stars Frank Gifford and Sam Huff, to its victory over the New England Patriots in Super Bowl XLII, one of the greatest upsets in football history. Players, coaches, general managers, and critical games are highlighted, along with the Mara family, which has guided the franchise since its inception. The growth of the team’s popularity mirrors the rise of the NFL as America’s most popular spectator sport. 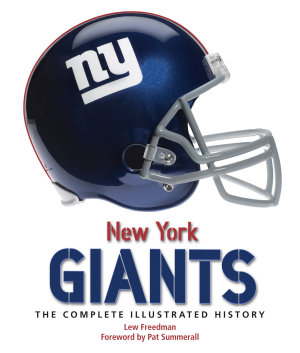 Book Description: Purchased in 1925 for $500 by bookmaker and businessman Tim Mara, the New York Giants were New York City’s introduction to professional football. The National Football League was a mere five years old---and for the near-century since, the history of football, the city, and the Giants has been inextricably linked. This thorough and thoroughly entertaining illustrated chronicle of the New York Giants football team tells the full story of the seasons, players, coaches, teams, and moments that have made history decade after decade. From the early years as an upstart sport in a big city heading into financial chaos, to the team’s triumph in the 1930s (including 1934’s famous “Sneakers Game” against the Chicago Bears); its return to glory in the 1950s behind the talents of Frank Gifford, Sam Huff, and Roosevelt Brown; and its pair of championship seasons in 1986 and 1990---these are the New York Giants, moment by colorful moment, right up to their upset victory over the New England Patriots in Super Bowl XLII. Crammed with player statistics and team records, and brilliantly illustrated with vintage and up-to-the-minute photographs, the book is a fitting celebration of a team whose name is synonymous with football in America. 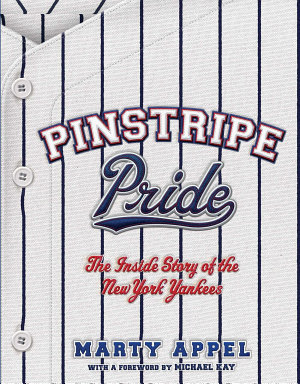 Book Description: Get the complete story of the Yankees, from Babe Ruth to Derek Jeter—with twenty-seven World Championships in between—in this “enormous home run” (Kirkus Reviews) of a middle grade adaptation of Pinstripe Empire, a celebrated keepsake for every baseball fan full of black and white photos from author and former Yankees PR director Marty Appel. The New York Yankees are the team of Babe Ruth, Lou Gehrig, Joe DiMaggio, Yogi Berra, Whitey Ford, Mickey Mantle, Don Mattingly, Reggie Jackson, Mariano Rivera, Derek Jeter, and Carlos Beltran; the team of forty American League pennants, twenty-seven World Championships, and nearly forty Hall of Famers. With more than a century’s worth of great stories, anecdotes, and photos, plus an introduction by Yankee television broadcaster Michael Kay, Marty Appel—who Bob Costas calls “a fine storyteller with a keen eye for detail”—tells the complete story of the Yankees from their humble beginnings, with no stadium to call their own, to today, when the team’s billion-dollar franchise presides over a rebuilt Yankee Stadium. Middle grade sports lovers, baseball fans, and Yankee acolytes will find a treasure trove of facts, tales, and insider details in Pinstripe Pride. 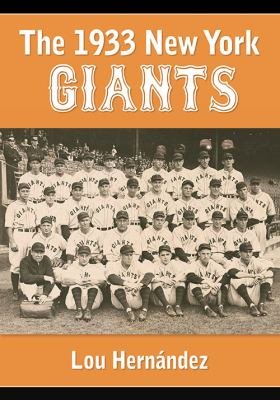 Book Description: ﻿ Bill Terry had some big shoes to fill in midseason 1932, when he took over managing the second division New York Giants for the iconic John McGraw. The next year, his first full season as player-manager, "Memphis Bill" guided the Polo Grounders to the pennant and a World Series victory over a strong Washington Senators team. This is the complete story of how Terry reshaped the club he inherited, molding them into world champions at the height of the Great Depression. The author provides a game-by-game season narrative, with detailed depictions of each Fall Classic contest. Biographical overviews of the Giants' primary players and an analysis of the first All-Star Game are included. 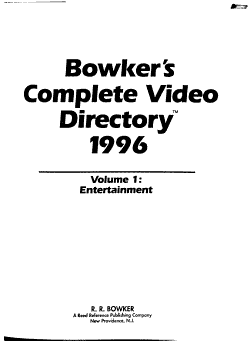 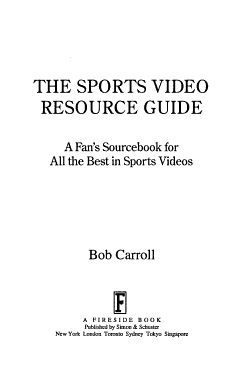 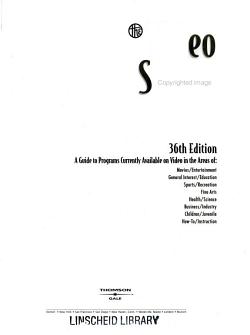 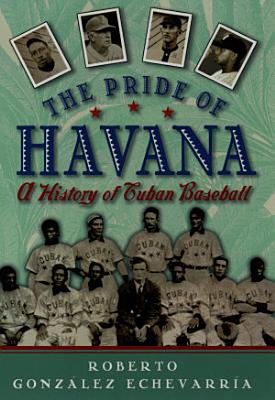 Book Description: From the first amateur leagues of the 1860s to the exploits of Livan and Orlando "El Duque" Hernandez, here is the definitive history of baseball in Cuba. Roberto Gonzalez Echevarria expertly traces the arc of the game, intertwining its heroes and their stories with the politics, music, dance, and literature of the Cuban people. What emerges is more than a story of balls and strikes, but a richly detailed history of Cuba told from the unique cultural perch of the baseball diamond. Filling a void created by Cuba's rejection of bullfighting and Spanish hegemony, baseball quickly became a crucial stitch in the complex social fabric of the island. By the early 1940s Cuba had become major conduit in spreading the game throughout Latin America, and a proving ground for some of the greatest talent in all of baseball, where white major leaguers and Negro League players from the U.S. all competed on the same fields with the cream of Latin talent. Indeed, readers will be introduced to several black ballplayers of Afro-Cuban descent who played in the Major Leagues before Jackie Robinson broke the color barrier once and for all. Often dramatic, and always culturally resonant, Gonzalez Echevarria's narrative expertly lays open the paradox of fierce Cuban independence from the U.S. with Cuba's love for our national pastime. It shows how Fidel Castro cannily associated himself with the sport for patriotic p.r.--and reveals that his supposed baseball talent is purely mythical. Based on extensive primary research and a wealth of interviews, the colorful, often dramatic anecdotes and stories in this distinguished book comprise the most comprehensive history of Cuban baseball yet published and ultimately adds a vital lost chapter to the history of baseball in the U.S. 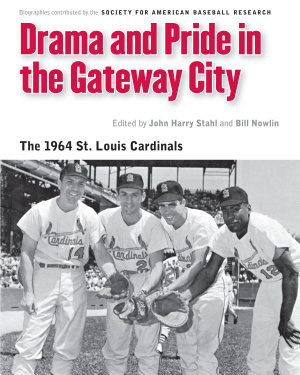 Book Description: By 1964 the storied St. Louis Cardinals had gone seventeen years without so much as a pennant. Things began to turn around in 1953, when August A. Busch Jr. bought the team and famously asked where all the black players were. Under the leadership of men like Bing Devine and Johnny Keane, the Cardinals began signing talented players regardless of color, and slowly their star started to rise again. Drama and Pride in the Gateway City commemorates the team that Bing Devine built, the 1964 team that prevailed in one of the tightest three-way pennant races of all time and then went on to win the World Series, beating the New York Yankees in the full seven games. All the men come alive in these pages--pitchers Ray Sadecki and Bob Gibson, players Lou Brock, Curt Flood, and Bobby Shantz, manager Johnny Keane, his coaches, the Cardinals' broadcasters, and Bill White, who would one day run the entire National League--along with the dramatic events that made the 1964 Cardinals such a memorable club in a memorable year.