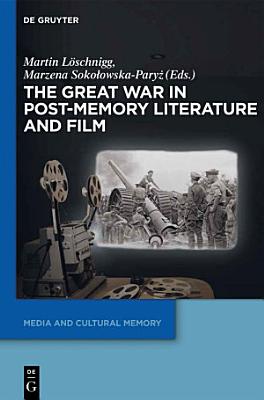 
Book Description: The twenty-seven original contributions to this volume investigate the ways in which the First World War has been commemorated and represented internationally in prose fiction, drama, film, docudrama and comics from the 1960s until the present. The volume thus provides a comprehensive survey of the cultural memory of the war as reflected in various media across national cultures, addressing the complex connections between the cultural post-memory of the war and its mediation. In four sections, the essays investigate (1) the cultural legacy of the Great War (including its mythology and iconography); (2) the implications of different forms and media for representing the war; (3) ‘national’ memories, foregrounding the differences in post-memory representations and interpretations of the Great War, and (4) representations of the Great War within larger temporal or spatial frameworks, focusing specifically on the ideological dimensions of its ‘remembrance’ in historical, socio-political, gender-oriented, and post-colonial contexts. 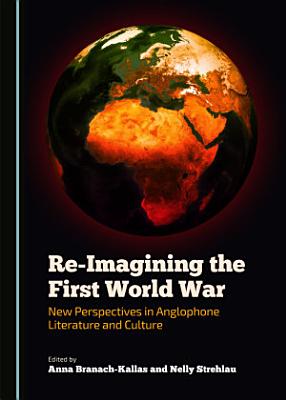 
Book Description: In the Preface to his ground-breaking The Great War and Modern Memory (1975), Paul Fussell claimed that “the dynamics and iconography of the Great War have proved crucial political, rhetorical, and artistic determinants on subsequent life.” Forty years after the publication of Fussell’s study, the contributors to this volume reconsider whether the myth generated by World War I is still “part of the fiber of [people’s] lives” in English-speaking countries. What is the place of the First World War in cultural memory today? How have the literary means for remembering the war changed since the war? Can anything new be learned from the effort to re-imagine the First World War after other bloody conflicts of the 20th century? A variety of answers to these questions are provided in Re-Imagining the First World War: New Perspectives in Anglophone Literature and Culture, which explores the Great War in British, Irish, Canadian, Australian, and (post)colonial contexts. The contributors to this collection write about the war from a literary perspective, reinterpreting poetry, fiction, letters, and essays created during or shortly after the war, exploring contemporary discourses of commemoration, and presenting in-depth studies of complex conceptual issues, such as gender and citizenship. Re-Imagining the First World War also includes historical, philosophical and sociological investigations of the first industrialised conflict of the 20th century, which focus on responses to the Great War in political discourse, life writing, music, and film: from the experience of missionaries isolated during the war in the Arctic and Asia, through colonial encounters, exploring the role of Irish, Chinese and Canadian First Nations soldiers during the war, to the representation of war in the world-famous series Downton Abbey and the 2013 album released by contemporary Scottish rock singer Fish. The variety of themes covered by the essays here not only confirms the significance of the First World War in memory today, but also illustrates the necessity of developing new approaches to the first global conflict, and of commemorating “new” victims and agents of war. If modes of remembrance have changed with the postmodern ethical shift in historiography and cultural studies, which encourages the exploration of “other” subjectivities in war, so-far concealed affinities and reverberations are still being discovered, on the macro- and micro-historical levels, the Western and other fronts, the battlefield, and the home front. Although it has been a hundred years since the outbreak of hostilities, there is a need for increased sensitivity to the tension between commemoration and contestation, and to re-member, re-conceptualise and re-imagine the Great War. 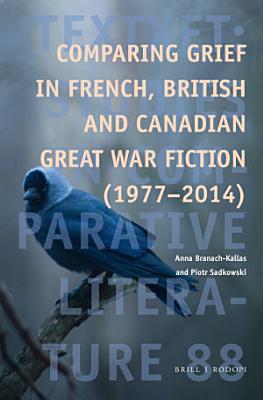 
Book Description: This study of historical, sociological, philosophical and literary sources, shows how, by both consolidating and contesting national myths, fiction continues to construct the 1914-1918 conflict as a cultural trauma, illuminating at the same time some of our most recent ethical concerns. 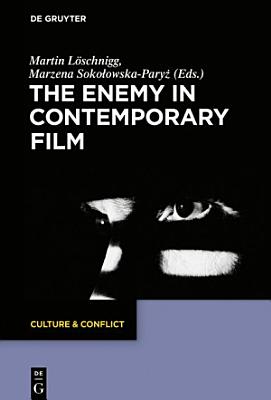 
Book Description: While filmic representations of ‘enemies’ are legion, film studies have so far neglected the way in which filmic mediations of enemy images have contributed to shaping cultural memories. The present volume investigates the (de)(re)constructions of enemy images in international film since the 1970s. The three parts deal with (re)configurations of the enemy in contemporary global cinemas, analysing films on the two world wars, on regional military conflicts, ethnic, racial and gender conflicts, socio-political conflicts and forms of terrorism. The essays concentrate on film aesthetics and contemporary (geo)politics, on filmic renderings of identity crises caused by troubled national pasts, and on the way films explore the collective psychological mechanisms at play in the construction, perpetuation or problematizing of enemy images. The volume aims to show how in spite of the diversity of national cinemas, moving images are constitutive of national collectivities by rendering conflicts involving an external or internal enemy as the defining points in national or communal histories. It also points out how the dynamics of internalism and exteriority (of ‘we’ and ‘they’) has proved vital in this process. 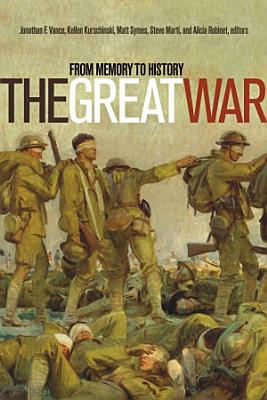 
Book Description: The Great War: From Memory to History offers a new look at the multiple ways the Great War has been remembered and commemorated through the twentieth century and into the twenty-first. Drawing on contributions from history, cultural studies, film, and literary studies this collection offers fresh perspectives on the Great War and its legacy at the local, national, and international levels. More importantly, it showcases exciting new research on the experiences and memories of “forgotten” participants who have often been ignored in dominant narratives or national histories. Contributors to this international study highlight the transnational character of memory-making in the Great War’s aftermath. No single memory of the war has prevailed, but many symbols, rituals, and expressions of memory connect seemingly disparate communities and wartime experiences. With groundbreaking new research on the role of Aboriginal peoples, ethnic minorities, women, artists, historians, and writers in shaping these expressions of memory, this book will be of great interest to readers from a variety of national and academic backgrounds. 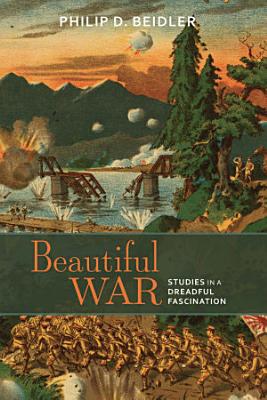 
Book Description: Beautiful War is a probing and holistic meditation on the key question: Why do we continue to make art, and thus beauty, out of war? 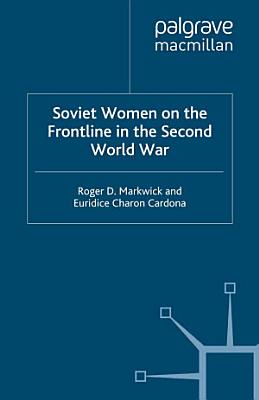 
Book Description: This is the first comprehensive study in English of Soviet women who fought against the genocidal, misogynist, Nazi enemy on the Eastern Front during the Second World War. Drawing on a vast array of original archival, memoir, and published sources, this book captures the everyday experiences of Soviet women fighting, living and dying on the front. 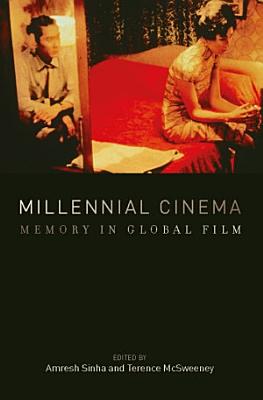 
Book Description: In spite of the overwhelming interest in the study of memory and trauma, no single volume has yet explored the centrality of memory to films of this era in a global context; this volume is the first anthology devoted exclusively to the study of memory in twenty-first-century cinema. Combining individual readings and interdisciplinary methodologies, this book offers new analyses of memory and trauma in some of the most discussed and debated films of the new millennium: Pan's Labyrinth (2006), The Namesake (2006), Hidden (2005), Eternal Sunshine of the Spotless Mind (2004), Oldboy (2003), City of God (2002), Irréversible (2002), Mulholland Drive (2001), Memento (2000), and In the Mood for Love (2000). 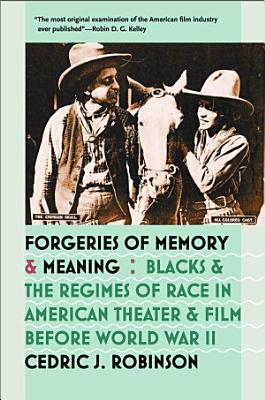 
Book Description: Cedric J. Robinson offers a new understanding of race in America through his analysis of theater and film of the early twentieth century. He argues that economic, political, and cultural forces present in the eras of silent film and the early "talkies" firmly entrenched limited representations of African Americans. Robinson grounds his study in contexts that illuminate the parallel growth of racial beliefs and capitalism, beginning with Shakespearean England and the development of international trade. He demonstrates how the needs of American commerce determined the construction of successive racial regimes that were publicized in the theater and in motion pictures, particularly through plantation and jungle films. In addition to providing new depth and complexity to the history of black representation, Robinson examines black resistance to these practices. Whereas D. W. Griffith appropriated black minstrelsy and romanticized a national myth of origins, Robinson argues that Oscar Micheaux transcended uplift films to create explicitly political critiques of the American national myth. Robinson's analysis marks a new way of approaching the intellectual, political, and media racism present in the beginnings of American narrative cinema. 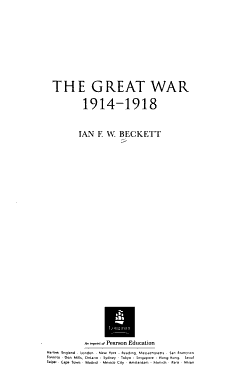 
Book Description: The Great War scarred both the people and the popular imagination of Europe. No previous war matched it in scale, brutality and futility. The course of events has been told many times, spurred by an endless desire to understand 'the war to end all wars'. However this impressive book moves beyond military narrative to offer a much fuller analysis of the conflict's impact: strategic, political, social and cultural. Starting with the context and origins of the war, including assassination, misunderstanding and differing national war-aims, it then covers the treacherous course of the conflict and its social consequences: #Mobilisation had a massive impact both on soldiers and female civilians, producing radical changes to people's way of life which stimulated political change #Science and technology created a new brand of industrialised warfare and were accelerated by the imperative of victory # The insecurity and strain of war created dissidence and mutiny, engendering revolution in Germany, Austria-Hungary and Russia. The war left a long-term legacy for victors and vanquished alike. It created new frontiers and changed the balance of power, influenced the arts, national memory and political thought. The reach of this account is global, showing how a conflict amongst European powers came to involve their colonial empires, and embrace Japan, China, the Ottoman Empire, Latin America and the United States. This is a bold and original book, offering a thematic study of a war that was famously, and quite rightly, labelled as 'the seminal event of the twentieth century'. Ian Beckett is Professor of History, Luton University, UK.